Trotsky on Soviet culture under Stalin 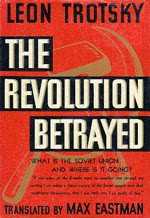 Spiritual creativeness demands freedom. The very purpose of communism is to subject nature to technique and technique to plan, and compel the raw material to give unstintingly everything to man that he needs. Far more than that, its highest goal is to free finally and once for all the creative forces of mankind from all pressure, limitation and humiliating dependence. Personal relations, science and art will not know any externally imposed “plan”, nor even any shadow of compulsion. To what degree spiritual creativeness shall be individual or collective will depend entirely upon its creators.

A transitional regime is a different thing. The dictatorship reflects the past barbarism and not the future culture. It necessarily lays down severe limitations upon all forms of activity, including spiritual creation. The programme of the revolution from the very beginning regarded these limitations as a temporary evil, and assumed the obligation, in proportion as the new regime was consolidated, to remove one after the other all restrictions upon freedom. In any case, and in the hottest years of the civil war, it was clear to the leaders of the revolution that the government could, guided by political considerations, place limitations upon creative freedom, but in no case pretend to the role of commander in the sphere of science, literature and art. Although he had rather “conservative” personal tastes in art, Lenin remained politically extremely cautious in artistic questions, eagerly confessing his incompetence. The patronising of all kinds of modernism by Lunacharsky, the People’s Commissar of Art and Education, was often embarrassing to Lenin. But he confined himself to ironical remarks in private conversations, and remained remote from the idea of converting his literary tastes into law. In 1924, on the threshold of the new period, the author of this book thus formulated the relation of the state to the various artistic groups and tendencies: “while holding over them all the categorical criterion, for the revolution or against the revolution, to give them complete freedom in the sphere of artistic self-determination.”

While the dictatorship had a seething mass-basis and a prospect of world revolution, it had no fear of experiments, searchings, the struggle of schools, for it understood that only in this way could a new cultural epoch be prepared. The popular masses were still quivering in every fibre, and were thinking aloud for the first time in a thousand years. All the best youthful forces of art were touched to the quick. During those first years, rich in hope and daring, there were created not only the most complete models of socialist legislation, but also the best productions of revolutionary literature. To the same times belong, it is worth remarking, the creation of those excellent Soviet films which, in spite of a poverty of technical means, caught the imagination of the whole world with the freshness and vigour of their approach to reality.

In the process of struggle against the party Opposition, the literary schools were strangled one after the other. It was not only a question of literature, either. The process of extermination took place in all ideological spheres, and it took place more decisively since it was more than half unconscious. The present ruling stratum considers itself called not only to control spiritual creation politically, but also to prescribe its roads of development. The method of command-without-appeal extends in like measure to the concentration camps, to scientific agriculture and to music. The central organ of the party prints anonymous directive editorials, having the character of military orders, in architecture, literature, dramatic art, the ballet, to say nothing of philosophy, natural science and history.

The bureaucracy superstitiously fears whatever does not serve it directly, as well as whatever it does not understand. When it demands some connection between natural science and production, this is on a large scale right; but when it commands that scientific investigators set themselves goals only of immediate practical importance, this threatens to seal up the most precious sources of invention, including practical discoveries, for these most often arise on unforeseen roads. Taught by bitter experience, the natural scientists, mathematicians, philologists, military theoreticians, avoid all broad generalisations out of fear lest some “red professor”, usually an ignorant careerist, threateningly pull up on them with some quotation dragged in by the hair from Lenin, or even from Stalin. To defend one’s own thought in such circumstances, or one’s scientific dignity, means in all probability to bring down repressions upon one’s head.

But it is infinitely worse in the sphere of the social sciences. Economists, historians, even statisticians, to say nothing of journalists, are concerned above all things not to fall, even obliquely, into contradiction with the momentary zigzag of the official course. About Soviet economy, or domestic or foreign policy, one cannot write at all except after covering his rear and flanks with banalities from the speeches of the “leader”, and having assumed in advance the task of demonstrating that everything is going exactly as it should go and even better. Although this 100 per cent conformism frees one from everyday unpleasantnesses, it entails the heaviest of punishments: sterility. ...

No less ruinous is the effect of the “totalitarian” regime upon artistic literature. The struggle of tendencies and schools has been replaced by interpretation of the will of the leaders. There has been created for all groups a general compulsory organisation, a kind of concentration camp of artistic literature. Mediocre but “right-thinking” storytellers like Serafimovich or Gladkov are inaugurated as classics. Gifted writers who cannot do sufficient violence to themselves are pursued by a pack of instructors armed with shamelessness and dozens of quotations. The most eminent artists either commit suicide, or find their material in the remote past, or become silent. Honest and talented books appear as though accidentally, bursting out from somewhere under the counter, and have the character of artistic contraband.

The life of Soviet art is a kind of martyrology. After the editorial orders in Pravda against “formalism”, there began an epidemic of humiliating recantations by writers, artists, stage directors and even opera singers. One after another, they renounced their own past sins, refraining, however – in case of further emergencies – from any clear-cut definition of the nature of this “formalism.” In the long run, the authorities were compelled by a new order to put an end to a too copious flow of recantations. Literary estimates are transformed within a few weeks, textbooks made over, streets renamed, statues brought forward, as a result of a few eulogistic remarks of Stalin about the poet Mayakovsky. The impressions made by the new opera upon high-up auditors are immediately converted into a musical directive for composers. The Secretary of the Communist Youth said at a conference of writers: “The suggestions of Comrade Stalin are a law for everybody,” and the whole audience applauded, although some doubtless burned with shame. As though to complete the mockery of literature, Stalin, who does not know how to compose a Russian phrase correctly, is declared a classic in the matter of style. There is something deeply tragic in this Byzantinism and police rule, notwithstanding the involuntary comedy of certain of its manifestations.

The official formula reads: Culture should be socialist in content, national in form. As to the content of a socialist culture, however, only certain more or less happy guesses are possible. Nobody can grow that culture upon an inadequate economic foundation. Art is far less capable than science of anticipating the future. In any case, such prescriptions as, “portray the construction of the future,” “indicate the road to socialism,” “make over mankind,” give little more to the creative imagination than does the price list of a hardware store, or a railroad timetable.

The national form of an art is identical with its universal accessibility. “What is not wanted by the people,” Pravda dictates to the artists, “cannot have aesthetic significance.” That old Narodnik formula, rejecting the task of artistically educating the masses, takes on a still more reactionary character when the right to decide what art the people want and what they don’t want remains in the hands of the bureaucracy. It prints books according to its own choice. It sells them also by compulsion, offering no choice to the reader. In the last analysis the whole affair comes down in its eyes to taking care that art assimilates its interests, and finds such forms for them as will make the bureaucracy attractive to the popular masses.

In vain! No literature can fulfill that task. The leaders themselves are compelled to acknowledge that “neither the first nor the second five-year plan has yet given us a new literary wave which can rise above the first wave born in October.” That is very mildly said. In reality, in spite of individual exceptions, the epoch of the Thermidor will go into the history of artistic creation pre-eminently as an epoch of mediocrities, laureates and toadies.
Posted by Eugene Hirschfeld at 02:15 No comments: 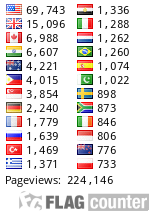