One of the key concepts of advanced materialist thought is the ‘totality’, championed by Hegel and embraced by Marx. We have already touched upon this topic, but it deserves a post of its own.

We could discuss the totality at great length, but the principle is simple.

As a dialectical thinker, Hegel sought to break up the static way of seeing inherited from formal logic. For a full understanding of what is happening, he thought, it is not enough to look at momentary, incomplete or isolated parts of a process. Only the whole was true — a whole which includes within it each of the stages that created it.

The classic bourgeois example of causality was introduced by Hume in his Enquiry Concerning Human Understanding of 1772: one billiard ball striking another. One ball travels across the billiard table and hits the second, causing the second ball to move. But this is a very limited conception of what is actually happening.

Let’s use an example a little closer to our own interests and ask, what happens when a painter sits down to paint a landscape? The straightforward answer might be that she applies paint to the canvas to create an image, which is correct as far as it goes. However, to truly understand the artistic outcome we must consider a multitude of determinants. One example is the materials used — the paint will behave differently if it is oil-based than if it is acrylic or watercolour. The painter may have good or poor judgement in making her artistic decisions, e.g. which colours to apply, how hard to press the brush, etc — judgements influenced by how experienced she is as well as by any natural prowess. If the weather is different today to how it was yesterday, this may influence her mood or choice of colours, as will her general emotional state of mind. Her materials themselves will vary in quality, not only in terms of whether they are well- or poorly-made but even materials of comparable quality may perform differently according to what they are made of and their design; if the materials are new to the painter, she will judge their ‘performance’ better if she’s had a chance to practice with them than if she’s using them for the first time. If she is creating the image for herself she may approach it differently to one which has been commissioned by a patron, whom she may or may not like or resent.

These are only a few of the most immediate factors at work. We might then draw back and consider her education, the particular social conditioning she receives as a woman, the prevailing artistic trends of the day, and so on. In short, the form concretely taken by her landscape is determined by everything acting upon it. (We may recall here Lenin’s call for ‘concrete analysis of the concrete situation’, with each force assigned the correct relative weight in the situation.) Thus Terry Eagleton’s comment, which we have quoted before:

To understand King Lear, The Dunciad or Ulysses is therefore to do more than interpret their symbolism, study their literary history and add footnotes about sociological facts which enter into them. It is first of all to understand the complex indirect relations between those works and the ideological worlds they inhabit — relations which emerge not just in ‘themes’ and ‘preoccupations’, but in style, rhythm, image, quality and... form. But we do not understand ideology either unless we grasp the part it plays in the society as a whole — how it consists of a definite, historically relative structure of perception which underpins the power of a particular social class. This is not an easy task, since an ideology is never a simple reflection of a ruling class’s ideas; on the contrary, it is always a complex phenomenon, which may incorporate conflicting, even contradictory, views of the world. To understand an ideology, we must analyse the precise relations between different classes in a society; and to do that means grasping where those classes stand in relation to the mode of production. [1]

Marx did not have time to write big treatises describing his philosophical approach, but his embracing of Hegel’s concept is evident throughout his work. The isolation of particular aspects of nature in order to study them is a necessary part of scientific investigation, but to isolate social phenomena without reference to the larger context to which they belong, and ignore powerful factors which reveal a broader truth, is poor science and will distort one’s analysis.

Thus in a revolutionary situation, the working class is not the only class playing a role. There is a range of class forces, each with a greater or lesser say in how events play out. Or, we misrepresent Marxism if we try to reduce it to a critique of economics, or to a ‘discourse’ that has made an interesting contribution to sociology. You cannot pick and choose the bits of Marxism you like and leave out the commitment to the revolutionary overthrow of capitalism.

It follows that causality in art, too, is not a straightforward linear affair and no artist or work of art exists in glorious isolation. Art is part of the ‘superstructure’ of society and is influenced by the prevailing mode of production and class structures as well as many other things, such as individual personality, psychology, philosophy, religion, sex, the physics of the natural environment, and so on — combinations that will be unique in every case. As Marx put it, “the concrete is concrete because it is the concentration of many determinations, hence unity of the diverse.”[2] Tracing every cause that contributes towards the production of a work of art is impossible. But criticism must try to identify at least the most significant processes acting upon an artist or work if they are to make the most insightful conclusions about them.

Posted by Eugene Hirschfeld at 02:07

I welcome contributions to this blog. Comments are moderated. 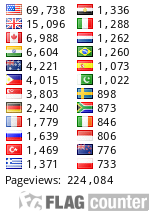